Home News Into The Badlands Season 4: Is The Series Coming Back? What Are The Chances?
News TV Shows

Into The Badlands Season 4: Is The Series Coming Back? What Are The Chances? 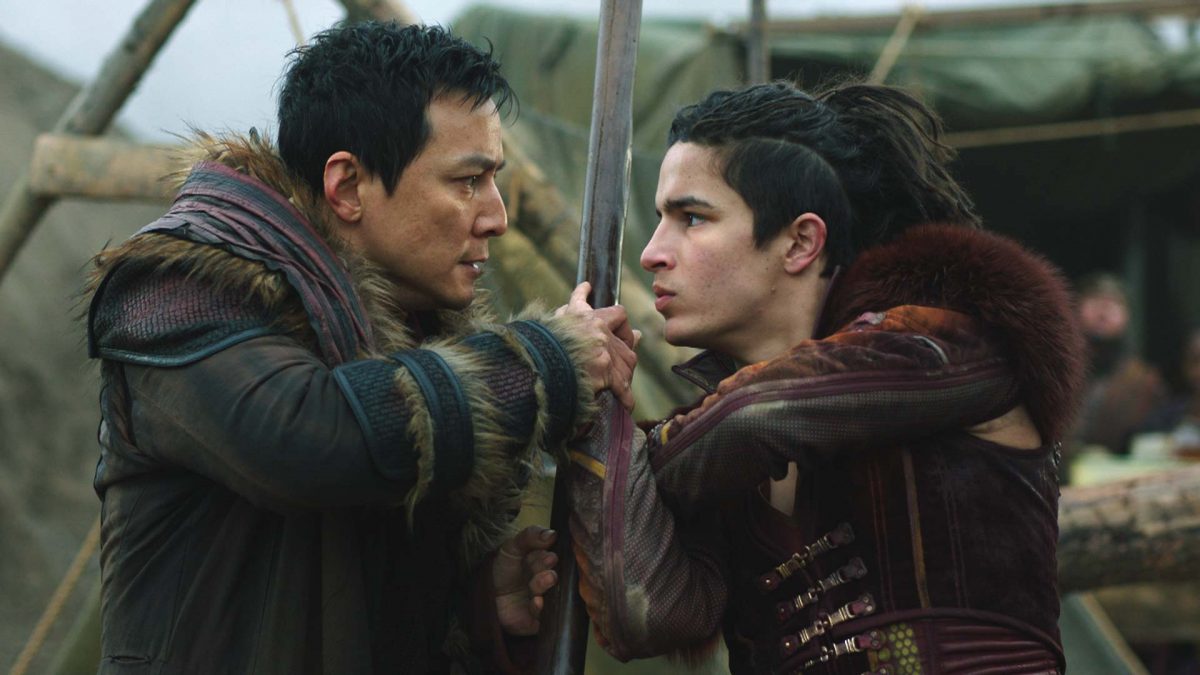 AMC’s Into The Badlands is a martial arts drama series created by Alfred Gough and Miles Millar. In addition, to captivating martial arts action, the show has gained a lot of acclaim for its post-apocalyptic and supernatural themes. The third season of the series premiered in 2018, but fans are still waiting for the show to return with Into The Badlands Season 4.

When Is Into The Badlands Season 4 Coming?

The third season of Into The Badlands premiered on AMC on April 22, 2018. As far as Into The Badlands Season 4 is concerned, we have some bad news for fans as the AMC network has already confirmed that the show has been canceled after season 3 in 2019.

Alfred Gough, the show’s creator, stated in an interview that the writers were aware that season 3 could be the final season, so they made sure that the ending was decisive and emotional enough for everyone to be satisfied with the way the show has ended. Alfred also took to social media to say, “Our goal was to make a groundbreaking martial arts drama, and we are so grateful to all the fans who have supported ITB over these three seasons. I guarantee we will give you a bloody great ending!”

On the other hand, cast member Nick Frost wasn’t happy with the show coming to an end. From his official Twitter handle, Nick wrote, “I was going to drop that season 3 returns 3/24 but it seems news has been released that season 3 will be #IntoTheBadlands last. I’m really sad at this decision. An incredible group of people made our show both infront and behind the camera and I’m sad that’s that. Bajie out.”

Sunny found his kid, Henry, had the ability as well, and it was making him sick in season three. Sunny went in quest of Ankara, and a healer said to be extremely powerful in order to save his son. Bajie went along with him to get Henry fixed, despite his initial reluctance.

They came across several hazards along the journey, including blind cannibals, but Bajie stood by Sunny’s side and assisted him in overcoming them all. Despite the fact that Ankara’s healing was only temporary, Henry volunteered to join Sunny in fighting the Black Lotus until they reached Pilgrim, a powerful and dangerous man, for a more durable remedy.

Pilgrim Is Defeated In An Epic Fight

Sunny, Bajie, Kannin, and the Black Lotus have Pilgrim and his troop of Dark Ones on their minds while the Widow, Tilda, and Gaius are attempting to destroy the Meridian Chamber. Sunny, Bajie, Pilgrim, and Kannin are the only ones left standing as the war approaches its conclusion. Kannin is put down, and Sunny dies as a result of his injuries. Bajie suspends Pilgrims in the air with chains, giving Sunny the opportunity to finish him off. Sunny’s eyes glow just before he collapses to the ground. And Bajie vows to take his son out of the Badlands and nurture him properly once he dies.

Daniel Wu Was Not Supposed To Star In The Show!

Daniel Wu had already established himself in the Chinese market by the time Into the Badlands grabbed hold of him. He has been in multiple action films with Hollywood celebrities such as Lucy Liu and Russell Crowe. And because of his martial arts background, it was first assumed that Wu would only enter the project as an executive producer when he was contacted for Into the Badlands. Wu’s onscreen presence, on the other hand, helped enhance the series by showcasing martial arts combat stunts that are usually only seen in movies.

Into The Badlands Season 4 Cast!

Into The Badlands stars Daniel Wu in the role of Sunny, one of the deadliest clippers in the badlands. Daniel is a popular name in Chinese Cinema, having worked in over 60 films. On the other hand, Marton Csokas appears as Quinn, the preeminent baron of the badlands. Orla Brady also appears in the series as Lydia, Quinn’s first wife. The series also stars Aramis Knight as M.K. Nick Frost as Baije. Madeline Mantock as Veil and Emily Beecham plays The widow. If the series return for Into The Badlands Season 4, most of the original cast member may reprise their roles.

Also Read Into The Badlands Season 4: Will The Fans Ever See The Next Installment? Everything To Know