Grace And Frankie Season 7: Production Delayed! All Details About The Final Season 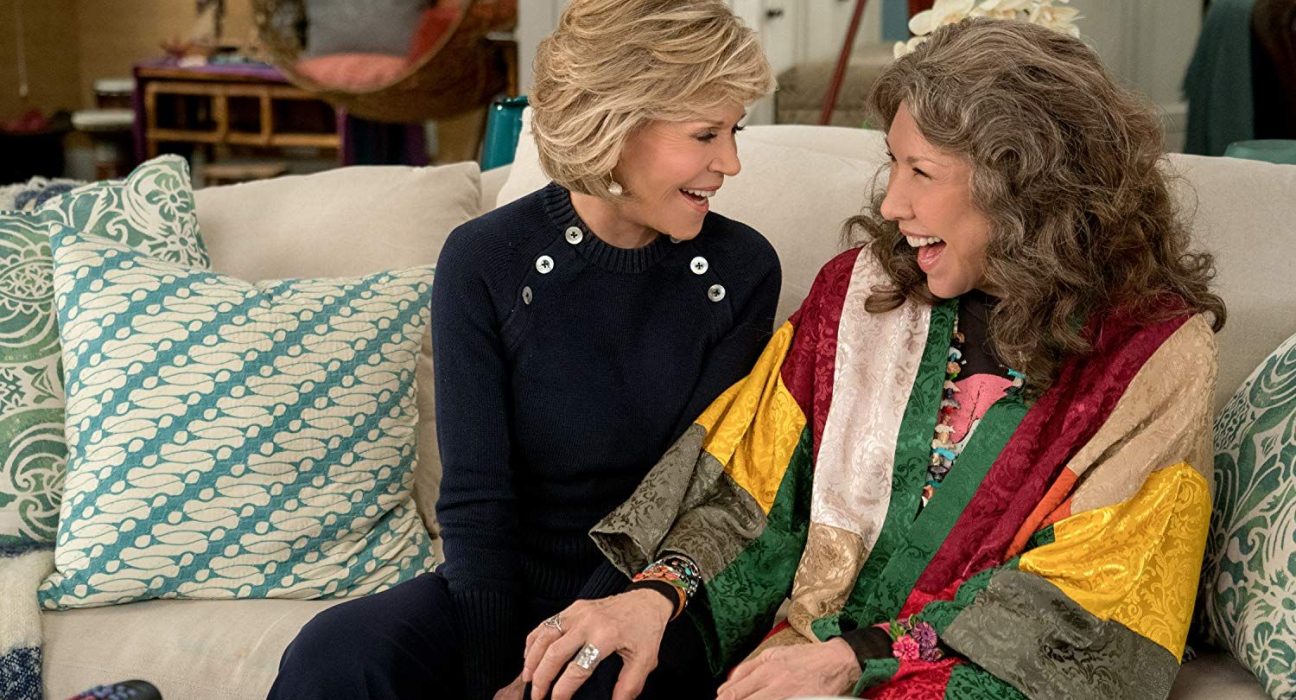 The latest season of the comedy-drama just released earlier this year, and fans are getting desperate about Grace and Frankie Season 7. Earlier this year, it was also announced that the seventh will serve as the final installment of this series and will conclude the story of this show. The previous three seasons of this show holds a 100% approval rating on Rotten Tomatoes and are highly critically acclaimed.

Grace and Frankie is an American comedy series. Marta Kauffman and Howard J. Morris created this show for Netflix. The first season of the show made its debut on May 8, 2015. Since then, Netflix is releasing a new season of this show every single year. In September 2019, the creators renewed the show for its seventh and final season consisting of 16 episodes. Grace And Frankie is now the longest-running Netflix original series with a total of 94 episodes.

Production Status Of The Final Season!

The creators started the production of the final season two weeks after the release of the sixth season. Reportedly, the cast and crew began the filming on Januar 27, 2020. Like all the previous seasons, the creators filmed the new episodes of this show in Los Angeles. However, in March 2020, Netflix has to stop the filming of the show alongside its other original series because of the shutdown. As of now, there is no update on when the creators will resume the production.

In April 2020, for continuing their preparation and for their inevitable return, the creator’s stream a live episode for a social cause. The creators did a live stream table read of Grace and Frankie Season 7 for supporting Meal on Wheels. The live stream was a huge success, and it also managed to crash the Meal on Wheels website.

In the final episode of the previous season, Robert learned that Sol is the one who wasted their honeymoon money. However, later, they solved their conflict and decided to appreciate the little moments in their life. Grace and Frankie are finally on a similar ground after the Shark Tank disaster. Fbi arrested Nick for securities fraud and tax deception. Later Grace and Frankie found $50 thousand stuck under their couch, which allows them to raise the fund. However, then a new problem arises.

A water leak ruins Robert and Sol’s home because of their Rise Up toilet. At the beach, they meet Grace and Frankie and notify their ex-wives that they’ll shortly have new roommates because of their faulty product. In Grace and Frankie Season 7, all the ma in characters will be under the same roof. It will be exciting to see how they will manage this ideal scenario. The final season will be a bit emotional with a blend of comedy.

The previous three seasons of the show released in January in their respective years of release. So ideally, the final season should also release in mid-January of 2021. However, the halt in the production will probably push the release date of Grace and Frankie by the end of the first half of 2021.