Home Entertainment Manifest Season 3: Ben and Saanvi To Come Back As A Team, More Mysteries To Unlock
Entertainment News

Manifest Season 3: Ben and Saanvi To Come Back As A Team, More Mysteries To Unlock 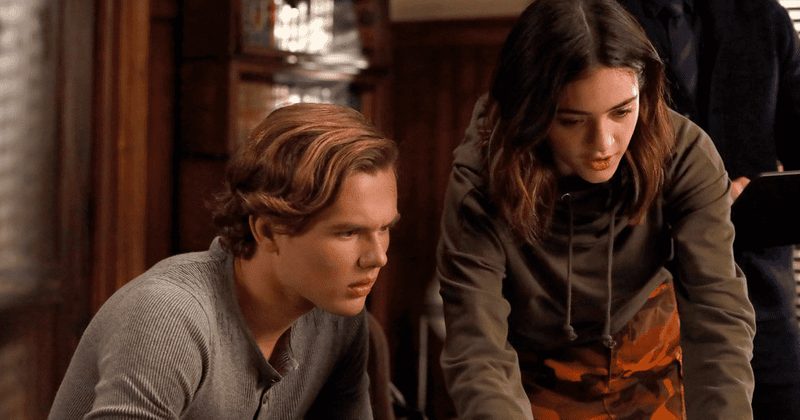 All the Manifest fans, this good news is for you. Manifest Season 3 is coming soon with all the answers we have all been waiting for. NBC’s sci-fi drama has completed two seasons. It’s compelling characters, intricate mythology, and the twisted mystery has been able to hook everyone up. With that said, creator Jeff Rake has revealed some information about what is coming up next on the show. Keep reading to know all about it-

What Will Come Next?

One thing that the second season left us all with is the part of Flight 828 that was in the ocean all this time. Talking about what could come up in Manifest season 3, actor Josh Dallas says that the way the second season ended, it did give an idea of what will come up in Manifest Season 3. He says that the season will focus on a certain idea about all of those callings and how they used them. He went on to say that the third season will ask more questions. In fact, they want the show to raise more questions because if they got all the answers and all days become happy, who would watch that?

Creator Jeff Rake spoke about the meth head trio. He revealed that these three would come back, and this return will have more significant mythological repercussions than it ever has. This incident will change the way the show proceeds further. These Meth heads will be very important individuals for the upcoming season.

A spoiler video for Manifest Season 3 features creator Jeff Rake who is seen promising that two of the primary heroes, Ben and Saanvi, will yet again come together to get to the bottom of this Tailfin mystery. He says that Ben and Saanvi will take a deep dive into the Montego Air Tailfin that surfaced in the final episode of the second season.

The last time we saw the duo together was in the first season. Ben and Saanvi seemed to enjoy their partnership as they tried to find answers to all the questions surrounding Flight 828. After the first season, the screentime for both the characters together became quite less. In the second season, both of them were on separate missions following different philosophies to solve the mystery. Now the plane has surfaced, and the two will come together yet again to get to the core of this mystery.

Not just this, the showrunner revealed further eight things that fans should expect to see in Manifest Season 3.

When Will The Show Release?

NBC officially renewed Manifest for the third season in June 2020. The show’s renewal was delayed a bit. Also, fans had started wondering if the show would come back even before it was renewed. Showrunner Jeff Rake revealed that this delay was because of some off-screen negotiations between Warner Bros. and NBC. Now the news has surfaced that Manifest Season 3 will release next year in January 2021. However, it is still unclear how the team will start productions amid the pandemic.

We hope that the cast and crew remain safe while they work on the production for the show. New updates will start surfacing as and when the team starts the work. We will keep updating this space with all the new information as we get that. So, look out for all the news about Manifest Season 3.