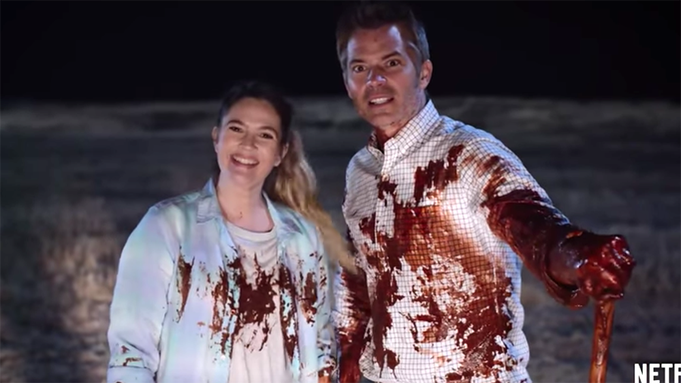 Created by Victor Fresco, the show follows Sheila and Joel Hammond, who lead their life in the suburb area of Santa Clarita in L.A. They have a teenage daughter Abby. Everything starts to change when Sheila goes through a dramatic change that pushes everything apart for the family. Mysteriously Shiela becomes a zombie who has to live off human meat. The story is about how they make their way through this. The show first released in February 2017 and followed a season every year pattern. Will we get Santa Clarita Diet Season 4? Here is all we know about it-

After three successful seasons of the show, Netflix has decided to pull the plug for Santa Clarita Diet Season 4. The show was indeed something fans wanted to see more of, but it does not look like Netflix wanted to make more of it. Just like the viewers, the creators are also sad about the cancellation.

In an interview, creator Victor Fresco and Kautsky spoke about their disappointment about the cancellation. In the interview, they said that as their audience, they are also all in for Sheila and Joel. They went on to say that Joel and Sheila’s relationship in the face of incredible adversity. The story was inspiring to watch and write. The story was funny, and the comedy is important. The two have also praised Netflix for their support of the show.

Why Was The Show Cancelled?

Fans of the show were furious about this cancellation. Netflix does not really speak about why they canceled the show. However, we do have some clues on what it could be. Earlier, Cindy Holland, the head of original content on Netflix, spoke about why the streaming giant decides to cut short. She says that everything is a combination of things. When Netflix invests in something, they decide how much they need to invest based on how the audience will or will not show up. If the audience isn’t interested in the show, they don’t think they have the reason to continue the show. As far as Santa Clarita Diet, there is no viable reason they want to pump more money into it. So, this could be one of the reasons why Netflix canceled the show.

What Could Be Coming Next?

Netflix has canceled the show, and there is a very slim chance of it coming back. However, given the popularity, it is also possible that some other streaming services might pick the show and make more of it. There are certainly a number of storylines that Santa Clarita Diet Season 4 could have taken into account. The third season of the show ended on a cliffhanger. One major question that fans want the answer to is what happened after Sheila sunk her teeth into Joel’s neck. By the end of the third season, we also know that Joel would become a zombie. So, the repercussions of that would be seen in the fourth season of the show. It would surely affect Joel and Sheila.

It would have been really great if we could get to see the end of the story, but we suggest fans not to have high hopes on that. We will keep updating this space with any information as we get about the show. So, you stay tuned.