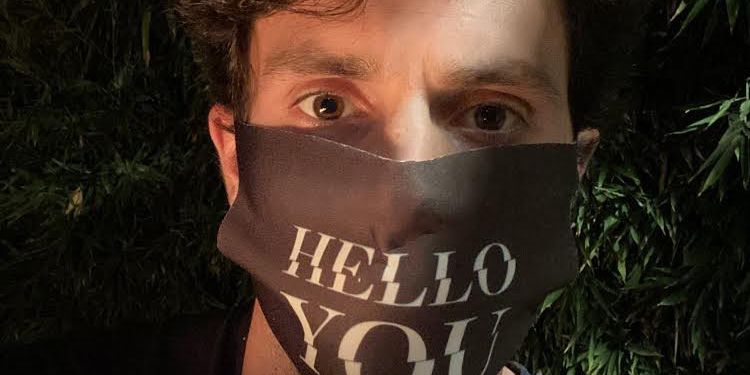 Stay at least 6 feet away from Joe Goldberg. No, we aren’t saying that; the platform quotes it. The cast members are officially back in production for You Season 3. What twist will You bring this time? We have brought up some inside information about the thrilling show.

You is a psychological thriller series developed by Greg Berlanti and Sera Gamble. The first installment was based on the 2014 novel of Caroline Kepnes. We saw Joe, a bookstore manager falling in love with Guinevere Beck. The relationship isn’t normal in the case of this young guy. He stalks the one whom he has fallen in love with and then plays his part to make the person fall in love with him. Therefore, we see the feeding of a toxic relationship. Whoever comes in the path of their love is vanished by Joe, and by vanishing, we mean getting murdered.

Moreover, we see the trap game continuing with different women. In the second installment, the same scenario continues with Love. The old obsession and violence continue. However, it’s interesting to see how Joe deals with all the situation. We have to see what new game and new scenario will arrive in You Season 3.

Netflix shared the big update through the official Twitter account of You. The announcement cleared that the series is officially back in production. It also had the picture of actor Penn Badgely playing Joe Goldberg. We see him wearing a mask written: “Hello You.” Is that hello for someone new or just for the series’ next season. What’s next for Joe and Love

? Read further to know more about the forthcoming spoilers.

The previous two seasons of the show were a super hit. Therefore, it didn’t take too much time for the third one to get the green light. As per the report of What’s On Netflix, the third installment was in development even before the second one’s release. Therefore the makers have been thoroughly investing in the future of the show.

The coming plot will see pregnant Love with the child of Joe. However, two of them have been relocated to the suburbs. There Joe meets a neighbor, who he seemed to be known from before. So, who is this mysterious woman? Will she be the next victim of Joe’s obsession? Well, the face hasn’t been disclosed yet. But, there have been many speculations.

Victoria Pedretti shared the upcoming scenario with NBC News. She quotes, “I personally think it’s already stronger than last season.” We are going to see the world of the couple, Joe and Love, where both will be confronted with each other. But, there is going to be so much space for tragedy and hilarity. However, we are anxiously waiting to see her character coming up on the screen as she somehow matches Joe’s aura.

The installment got renewed earlier this year in January. And the production for the second season started on November 2, 2020. There has been a big gap in between, and all thanks to the coronavirus. But, hopefully, things are back to the normal track. We speculate the release anytime in 2021. There hasn’t been any declaration of the exact premiere date yet. Till then, keep watching ad staying updated with us for more of such spoilers.