Home Entertainment The Grand Tour Season 5: Delayed Because Of Madagascar Special, When To Expect The Fifth Season?
Entertainment News

The Grand Tour Season 5: Delayed Because Of Madagascar Special, When To Expect The Fifth Season? 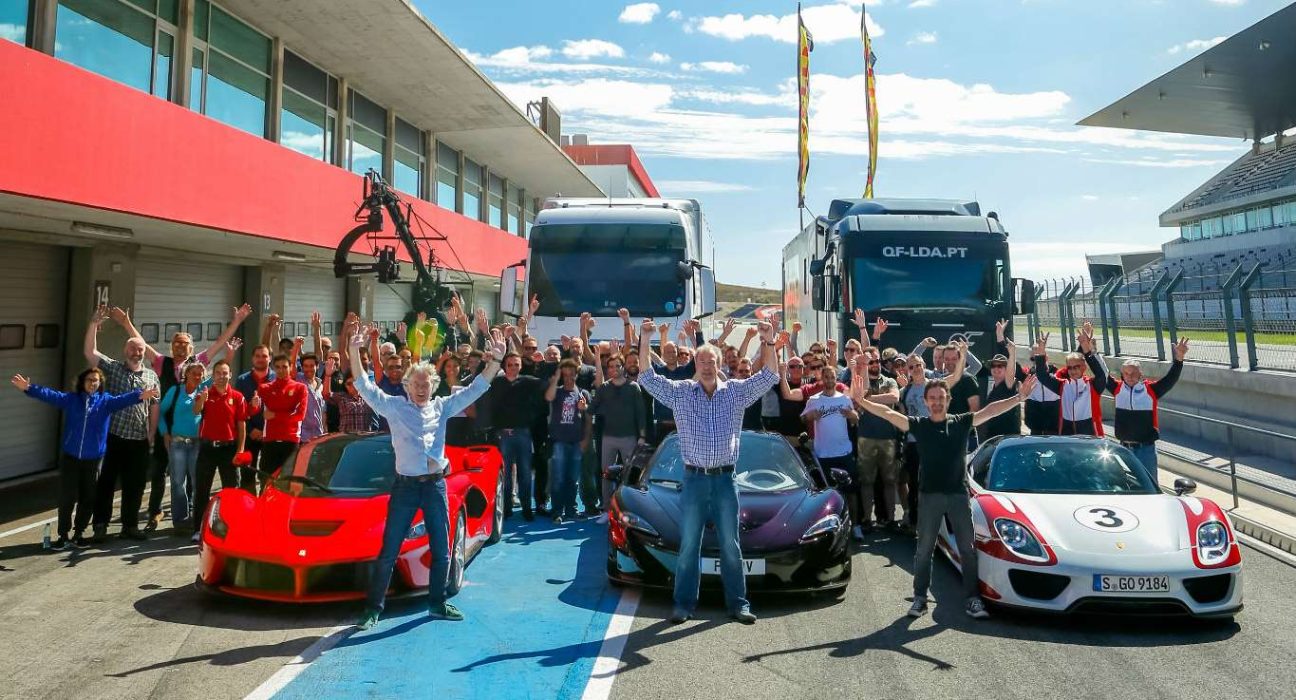 The Grand Tour, created by Andy Wilman, James May, Richard Hammond, and Jeremy Clarkson, is a motoring show on Amazon Prime. Throughout the first three seasons, the show followed the same format, that included car reviews, motoring challenges and races, celebrity guests, road trip journeys, and questionnaires. Later it involves travel journeys in a particular type of vehicle in a foreign locale. So everything goes similarly until the fourth season. The new format includes some unique adventures, in which they travel from one location to another. The Grand Tour: Seamen was the first special released last year.

The Grand Tour Season 5: Reason Behind Such Delay

James added that initially, Amazon decided to release those episodes at a great moment strategically. He continued they planned a fanfare in the Madagascar special episodes, as they won’t let those episodes overshadowed by Top Gear or big football. But, now they have no clue when that time would come.

Editing Has Been Delayed

Currently, The Grand Tour creator Andy Wilman suffered from COVID-19. However, he’s been doing great and also recovered from that state. But, as a matter of concern, the final editing, voiceover suits, and everything included in that process has put on hold. Due to which, there’s still a delay in the final stage editing. Well, delaying in The Grand Tour: Madagascar special is the main reason delaying The Grand Tour Season 5.

The Grand Tour Season 5: Is It Happening?

The Grand Tour Season 5: When Would Production Resume?

Well, the series got badly affected by the outburst of COVID-19. According to James May, there’s still a long wait ahead before filming more The Grand Tour episodes. Sadly, the trip to Russia has been delayed. James added that they were planning for their next globe-trotting adventure to begin from Russia. Unfortunately, the filming has still been put on hold.