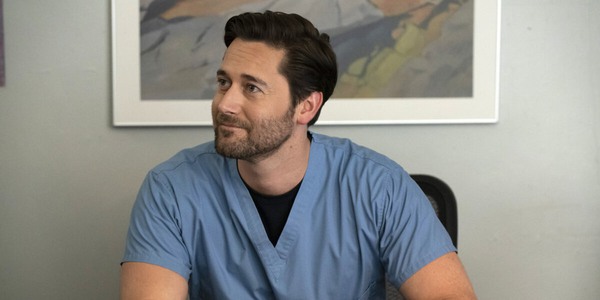 New Amsterdam Season 3 has been affected by the Pandemic just like any other shows. But it’s probably not canceled. When the season releases, it will feature more of Helen Sharpe in it. There are a lot more updates for the fans ahead. They will be witnessing medical turbulence and romantic scenario. Let us discover more of the future scenario.

New Amsterdam is a medical drama created by David Schulner. The story is based on Twelve Patients: Life and Death at Bellevue Hospital by Eric Manheimer. The plot revolves around the doctors of New Amsterdam Medical Center. Dr. Max Goodwin becomes the medical director. He tries his best to reform the old and neglected facilities of the hospital. At the same time, we see him taking exceptional care of his patients.

There have been several ups and downs in the personal and professional life of the doctors. But, things always fall in a good place. We will further witness new exciting stories ahead. Let us discover the impending story of New Amsterdam Season 3.

The left out things of the second season will now reprise in the third installment. However, the hurricane episode of Season 2’s finale was leftover. It was about to release in April 2020 but was later scrapped. One of the reasons was directly related to the situation of the Pandemic. The cast and crew members were affected by the virus.

New Amsterdam Season 3 will not totally ignore the corona situation. Being the medical drama, it is the responsibil ity of the makers to address the ongoing scenario. But, we have to wait a bit more for the jaw-dropping scene to arrive on the screen.

More Of Helen Sharpe Ahead

Dr. Helen Sharpe will face more turns in the coming story. We have seen her growing relationship with newcomer Dr. Cassian Shin. David Schulner opened up about the fate of the character Helen in an interview with TVLine. He quotes, “You’re going to learn everything you ever wanted to know about Heen Sharpe. Follow Sharpe home? Check! A family bombshell? Check! Someone sharing Sharpe’s bed? Check!” Indeed, the revelations are going to surprise the close friends of the characters. So, better get ready to know a whole lot of stuff.

Yes, the season is facing a delay due to the ongoing Pandemic. As per the Deadline’s report, it was first announced to be in the 2020 fall schedule. But thankfully, the series isn’t canceled. Fans of the New Amsterdam are fortunate as they will be able to see one more season ahead. However, the situation of the corona has been difficult for many shows.

New Amsterdam Season 3 will not come up this year. But, it will surely be there in the coming one. The season is speculated to release in 2021’s winter/ springtime slot. For further information, stay connected with us in this space.