House Of The Dragon: First Look Of GOT’s Prequel Hints At Fall Of Targaryen Era! Release In 2022 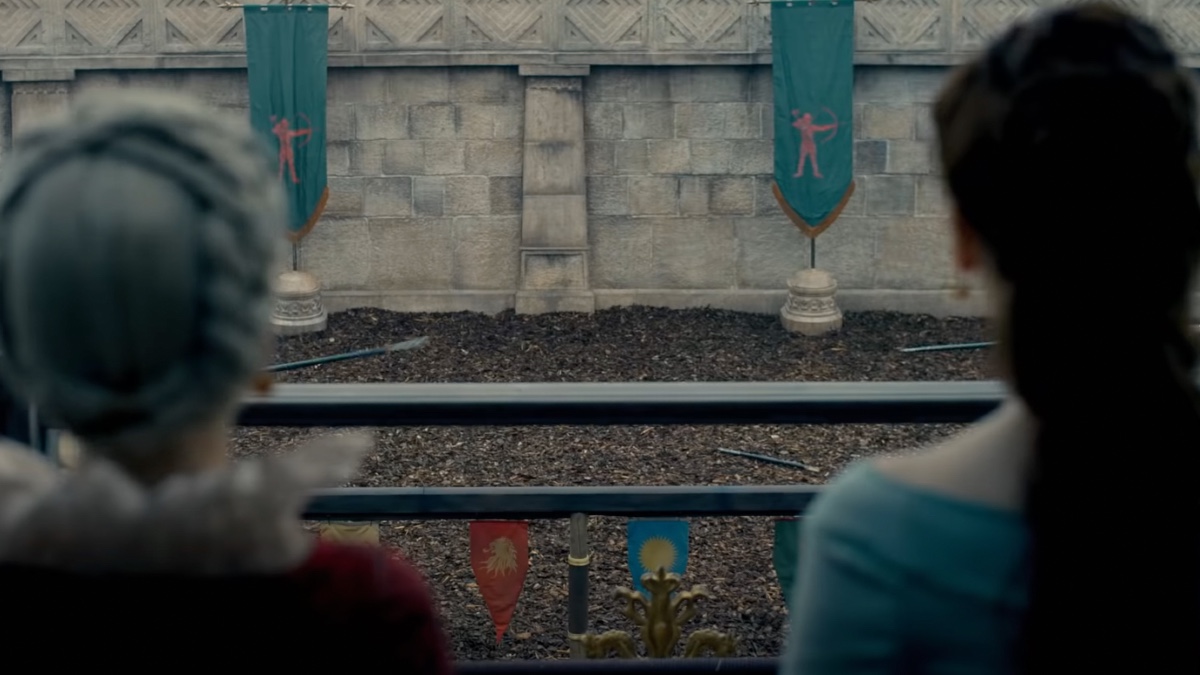 HBO Max has recently released the official first teaser of its hit fantasy series Game Of Thrones spinoff House Of The Dragon, teasing a great battle ahead. Based on George R.R. Martin’s Fire & Blood, the prequel series will take place 200 years before the events of Game of Thrones- the fall of the throne. It will delve deeper into the chronicles of House Targaryen, leading to the fall of the Targaryen dynasty and the beginning of the civil war.

House Of The Dragon: Trailer Teases What Will Happen Next?

Surprisingly, HBO Max dropped the first official teaser of House Of The Dragon at WarnerMedia’s HBO Max European launch event. Although the trailer didn’t give much detail about the upcoming prequel, it gives a glimpse of what we can expect next in the prequel series. It opens up with Matt Smith’s voiceover as he says, “Gods, Kings, Fire, and Blood,” referring to the realms.

Shortly we see glimpses of the capricious and dainty sea, fire, fierce battles, and alarming shots of some characters. The struggle seems imminent. But it is a vast mystery how they will retaliate and save the Targaryen dynasty from collapsing. Further, Matt ends up saying, “Dreams didn’t make us kings, but dragons did,” hinting at the significance of the dragons, their power, and their role in the kingdom.

House Of The Dragon: Who Could Be In The Cast?

Although the series serves as the prequel to Game Of Thrones, it will feature a whole different cast. The cast roaster includes Paddy Considine as King Viserys I Targaryen and Emma D’Arcy as Princess Rhaenyra Targaryen, while Milly Alcock will play young Rhaenyra. In addition, Olivia Cooke as Queen Alicient Hightower while Emily Carey will appear as young Alicient. Joining them will be Matt Smith as Prince Daemon Targaryen. Besides, Rhys Ifans as Ser Otto Hightower and Steve Toussaint as Lord Corlys Velaryon will also join.

Creator Hints At The Number Of Dragons

The co-creator Martin confirmed on The Stuff Dreams Are Made Of podcast that the series will feature 17 dragons. While Games Of Thrones only had three dragons of Daenerys, namely Drogon, Rhaegal, and Viserion, its prequel series will expand the universe. As it will portray several different dragons focusing on the different realms. Thus these 17 mythical creatures are also a fascinating reason to stream the show.

House Of The Dragon: Release Date

As shortly as Games Of Thrones wrapped up its final season in 2019, HBO ordered a new batch of ten episodes to delve deeper into the world before the fall of the throne. However, the teaser trailer hasn’t yet announced the official release date of House Of The Dragon. Yet it teased that House Of The Dragon will air sometime in 2022 on HBO Max and HBO.