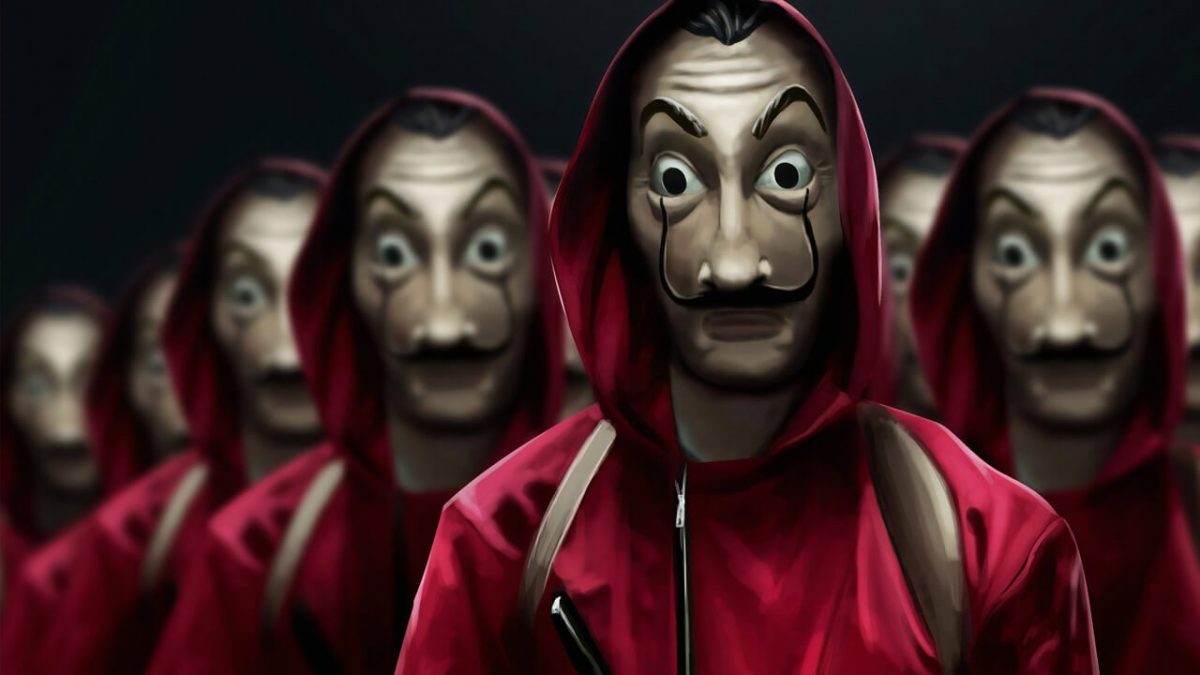 Money Heist Season 5 Part 2 dropped its first look at the famous TUDUM event, highlighting the group’s struggle without The Professor. It looks like the crew will have to go on in the upcoming journey on their own. Created by Álex Pina, the crime drama series follows a mysterious man known as The Professor who carries out an ambitious heist plan in the Spain bank.

However, in the fourth season’s finale, his plan backfired when Alicia Sierra caught him red-handed. Now the gang seems in massive trouble after last season’s face-off with the cops. Can they successfully escape from the bank? Let’s see!

During Netflix’s TUDUM event, the streamer released the exclusive clip of Money Heist Season 5 Part 2, teasing that nothing will be normal for the gang. The almost two-minute-long teaser focuses on the remaining members trying hard to speculate an escape plan from the bank. It shows Palermo, Lisbon, Denver, Manila, Rio, and Stockholm discussing what they should do with the 90 tons of gold they melted. Should they leave it behind and run for their lives?

Meanwhile, Lisbon seems shocked after The Professor didn’t respond to her walkie-talkie call as she presumed he had disappeared. However, her concern leads to a huge argument. But Palermo seems adamant about taking the 90 tones of melted gold out with or without the team. However, Denver mocks on his plan to use “hostage” to haggle with Colonel Tamayo. On the other hand, Rio seems frantic after Tokyo’s death. Also, he raises doubt that the cops might be at the stormwater tank from where they are planning their sneak out.

However, Palermo believes that stormwater is the safest place yet as the cops won’t be there. On the other hand, Manila thinks it could turn out as the “stupidest robbery” if the cops caught them. So while Stockholm blames Palermo for being only concerned about the gold and not their life, Palermo sticks to his plan. Well, one thing to note here is Lisbon carefully listening to Palermo and others’ opinions. Probably she’s contemplating the best strategy and the status of The Professor.

Money Heist Season 5 Part 2: Who Could Be In The Cast?

Many of the core characters left the show in the first half of the fifth season while trying to execute their escape plan. However, some of the characters are still alive, which will return for the final batch of fresh episodes. In addition, the trailer teased Itziar Ituño as Lisbon, Miguel Herrán as Rio, and Jaime Lorente as Denver will return. Esther Acebo as Stockholm, Belén Cuesta as Manila, and Rodrigo de la Serna as Palermo will also return.

Further, we saw a glimpse of Benjamín (played by Ramón Agirre) in the trailer it means he will return. Besides him, Enrique Arce as Arturo Román would return with Najwa Nimri as Alicia Sierra. Fernando Cayo as Colonel Luis Tamayo will join them too. Finally, although the trailer teased that Álvaro Morte, who plays The Professor, presumably disappeared. He possibly will return for the final outing.

Money Heist Season 5 Part 2: When Will It Return?

Well, you don’t have to wait to learn how far the group will go to take the gold out and mark it as the perfect robbery. While the first part of the fifth season aired this September 3 and left many loose ends to explore Money Heist Season 5 Part 2 is set to air on December 3, 2021, exclusively on Netflix. Further, it will bring down the curtains on the famous Spanish crime drama, so don’t miss it.