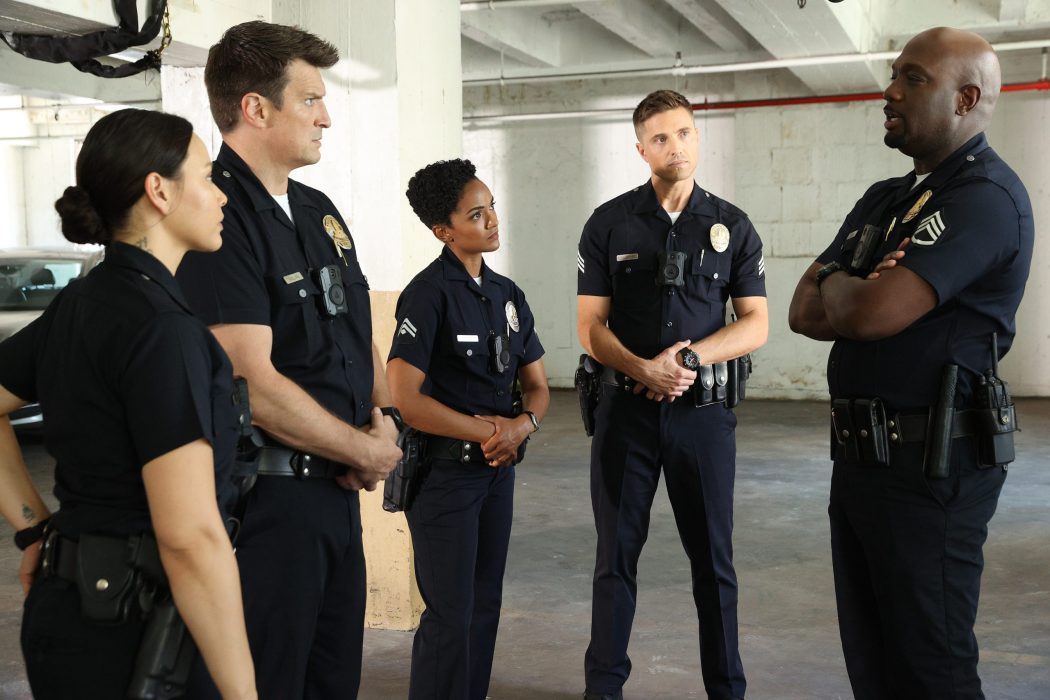 Officer Nolan saved the day again in the previous episode of The Rookie Season 4. As he, along with Officer Chen, managed to get a hold of the sniper serial killer. However, the focus will move to another case in The Rookie Season 4 Episode 4 while the team investigates the serial arsonist case.

Nolan brought out his heroics again as he threw himself on the serial sniper to get a hold of a live grenade. And next, in the fourth episode, officer Chen and Nolan will be investigating a missing person’s case that could jeopardize the lives of the whole team. So, continue reading ahead to know all the details about The Rookie Season 4 Episode 4.

The Rookie Season 4 Episode 4 Preview: What Will Happen?

ABC has released the official synopsis and a short promo for The Rookie Season 4 Episode 4 titled “Red Hot.” In the promo, Nolan seems to be having a funny banter with his firefighter girlfriend Bailey. Further, it teases that Nolan is about to come across a Russian FSB safe house, and shots get fired. Hence, the upcoming episode will bring on some heat as Nolan investigates deeper into the incident.

As per the synopsis, Officer Nolan and Chen will be looking for a missing person in the fourth episode of the Rookie Season 4. Further, as they investigate the case, they realize that the incident has ties with some deadly Russian. Thus, the whole team will be in danger trying to uncover the truth and find the person.

Meanwhile, Harper will continue to investigate the structure fire to find the serial arsonist. In addition, Wesley will have to overcome an impossible task provided by Elijah in the next episode.

The previous episode began with Officer Nolan and Chen responding to a structure fire. Surprisingly, Nolan broke open the burning door and barged inside moments before the firefighters arrived. Further, Bailey responded to Nolan’s question about the reason for the fire. She told him that the fire was caused by someone using arson.

Meanwhile, Harper seemed to be a bit tough on Thorsen as he responded to a personal call in the work cruiser. In addition, Wesley got himself into a mess trying to protect Jack and Lopez. The new gang leader Elijah took advantage of the situation and forced Wesley to do his dirty work. So now, Wesley is at a tough spot with a moral question between following his oath or protecting his family.

Further, the squad responded to a sniper shooting in The Rookie Season 4 Episode 3. Nolan almost managed to get a hold of the sniper, but he escaped through a zip-line. The sniper’s skills suggested that he belonged to a military background. Thus, Nolan and Chen look into prime suspects and investigate at the house of an army veteran. The veteran provided an alibi of his presence somewhere else at the time of the shooting. However, instead of producing the receipt, he pulled out a live grenade.

Next, Nolan jumped on the sniper and got hold of the grenade, while Chen arrested the man. Moreover, it was revealed that Elijah had ties with the sniper shooting. Therefore, he forced Wesley to defend the sniper if he wanted to save his family in the third episode.

The Rookie Season 4 Episode 4: When Will It Air?

The fourth episode of The Rookie Season 4 will air on October 17, 2021, at 10/9c. Each new episode of season 4 airs weekly on Sundays, only on ABC. Further, fans can also stream the latest episodes on ABC’s official website and Hulu. So, get ready for a thrilling episode of season 4 and keep coming back for more.