Home Entertainment Bridgerton Season 2: Anthony Will Look For A Bride In Next Season! What’s Next? Release Date And More
Entertainment News TV Shows

Bridgerton Season 2: Anthony Will Look For A Bride In Next Season! What’s Next? Release Date And More 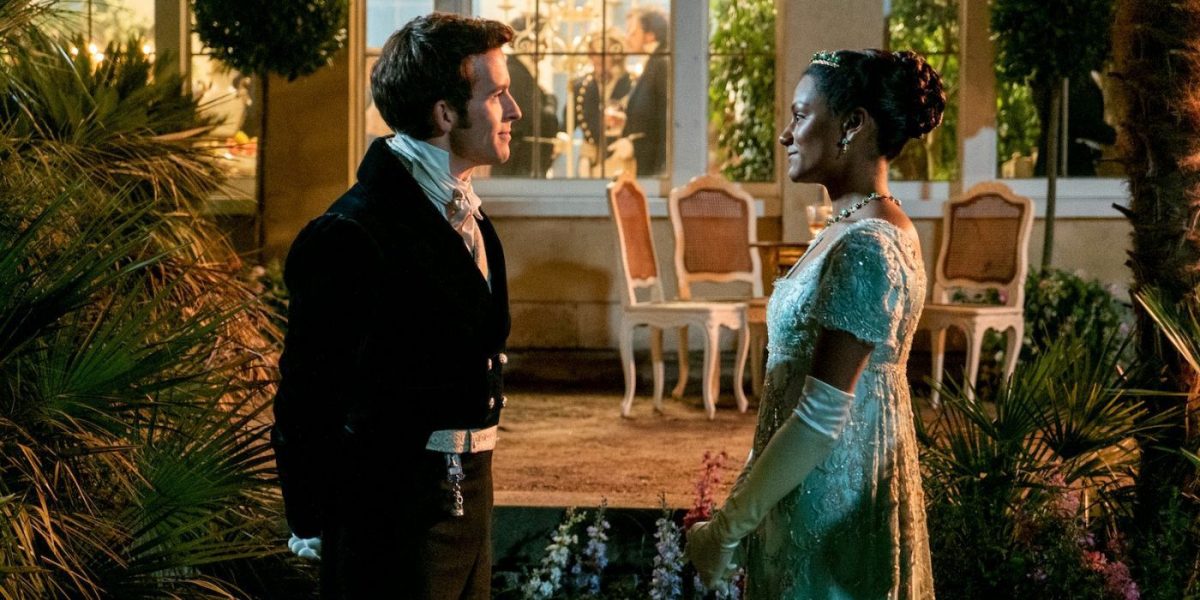 The fans of the critically acclaimed period drama have waited quite a while for Bridgerton Season 2. However, as the wait continues, there is some positive news that will cheer the fans up. The first look for the second installment came out in late September, with production wrapping up soon at the end of the year.

The first season premiered in December 2020 and attracted an unbelievable viewership of 82 million worldwide. Moreover, the first installment remained in the first spot on Netflix in 76 countries, making it one of the most successful shows in the history of the streaming network.

Bridgerton is inspired by Julia Quinn’s eight-novel series of the same name. And the first season was based on the author’s first book “The Duke and I.” It followed the protagonist Daphne Bridgerton and her relationship with the Duke of Hastings, Simon Basset. Meanwhile, Bridgerton Season 2 will focus on the viscount of the Bridgerton family. Their eldest son Anthony Bridgerton, a dashing and duty-driven person, will dominate the second season’s plot. So, keep reading on to learn all the details about the following season.

Following the grand success of the first season, Netflix renewed the show for Bridgerton Season 2 in January 2021. Moreover, the creator, Van Dusen, revealed on Twitter in April 2021 that the streaming giant had renewed the show for the third and fourth seasons as well.

The filming for the second installment began in March 2021. However, the production was halted several times in May and July because of positive Covid-19 cases among the crew. Finally, the filming resumed in August 2021, is currently underway and is expected to wrap up by the end of 2021.

The streaming giant dropped out the first teaser video for the second season. In the teaser, Anthony is seen talking to a young woman, who overheard him talking about finding a bride. The woman seems outspoken and is not afraid to speak up for women’s rights and question their objectification in the teaser. But, she did not reveal her name to Anthony just as yet.

However, the encounter can be the start of a new relationship for the viscount of the Bridgeton family. The woman Anthony talked to is Edwina Sharma, who will be in the spotlight in Bridgerton Season 2. However, Anthony will have to change if he wants to hold this compelling character in season 2.

Simone Ashley joined the cast as Kate Sharma in February 2021. Along with her, Charithra Chandran as Edwina and Rupert Young also joined the cast for Bridgeton Season 2. Further, Shelly Conn as Mary, Calam Lynch as Theo Sharpe, and Rupert Evans as Edmund Bridgerton have also been cast for next season. The lead cast also includes Adjoa Andoh, Lorraine Ashbourne, Jonathan Bailey, Ruby Barker, Sabrina Bartlett, Harriet Cains, and Bessie Carter. In addition, some more cast members are expected to return next season.

Netflix has already renewed the series for the next three seasons. Unfortunately, the pandemic halted the production of the second season several times. The filming restarted in August 2021 and is currently underway. Thus, we can expect Bridgerton Season 2 to return in the second half of 2022. Although the streaming network is yet to announce an exact release date for the next season. So stay tuned for more recent updates.