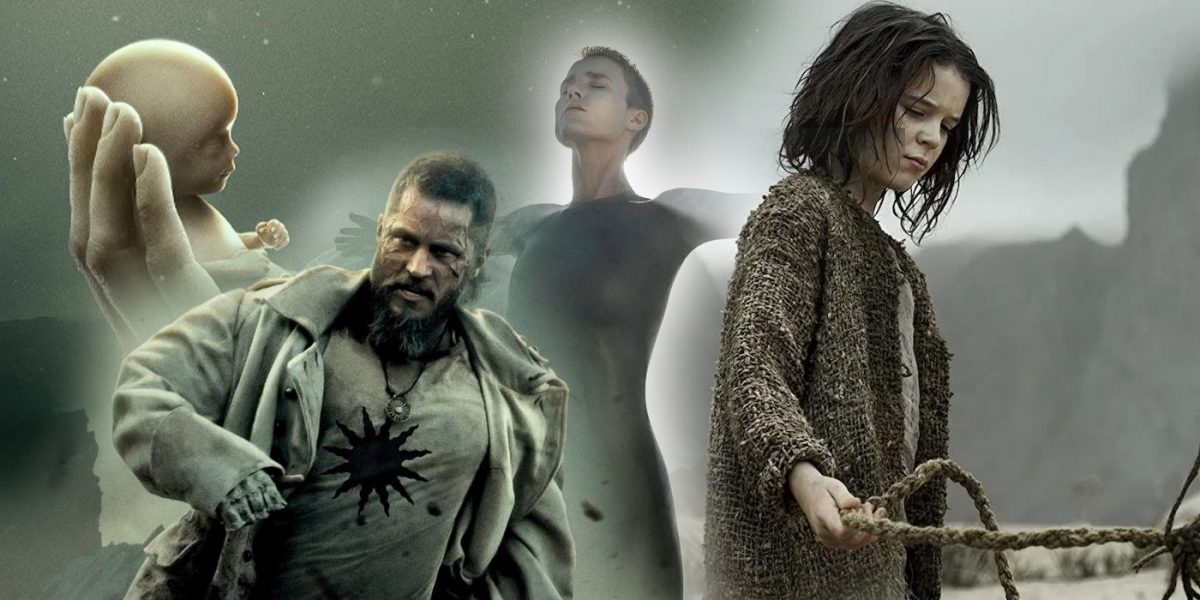 It’s high time for Sci-Fi fans, as the HBO Max original Raised by Wolves is returning for a second season. The announcement for Raised by Wolves Season 2 came as a preview before the release of Dune on the streaming service. The series produced by Ridley Scott and created by Aaron Guzikowski will air on HBO Max soon.

Raised by Wolves was renewed for a second season even before the first season came to an end. It revolves around two androids, Mother and Father. They are tasked with raising human children on Kepler-22b after the Earth was destroyed by a major struggle between the Mithraic, a religious cult, and atheists.

As the Earth has been devastated by a cataclysmic conflict, its mission is to nurture human offspring on Kepler 22B. However, several other species with different views than the two androids have invaded their world and attempted to take over the globe. The series is full of surprises and edge-of-the-seat action moments. Both sides defend themselves while feeling that their ideas are correct. And after witnessing the events of the debut season, fans are very excited to know what will happen in the next run.

Cast Returning For Next Run

One of the main reasons behind the hype and acclaim of Raised by Wolves is the brilliant star cast in the show. Amanda Collin plays Mother, a robot who can care for human children. So, she is definitely expected in Raised By Wolves Season 2. Father, Mother’s android partner, Abubakar Salim, will also join her. The tale cannot proceed without both of the above characters. Also, Travis Fimmel, who plays Marcus, an agnostic soldier who believes he can hear the Mithraic God Sol, will join them.

Meanwhile, Niamh Algar, who plays Sue, and Winta McGrath playing Campion, will likely return. In addition, Jordan Loughran as Tempest, Felix Jamieson as Paul, Ethan Hazzard as Hunter, Aasiya Shah as Holly, Ivy Wong as Vita, and Matias Varela as Lucius are all expected to return in season 2. Also, confirm the addition of a new cast member in the show for the second season. Selina Jones has joined the upcoming season, who will play the ‘Grandmother.’

What To Expect From Season 2?

The majority of the first season of Raised by wolves build the world for the show. In the season finale, the Mother gave birth to a strange alien. So, season 2 of Raised by Wolves will likely pick up the story where it left. The androids will struggle to raise human children. Meanwhile, they will also have to deal with that snakelike creature.

News reports confirm the addition of a new cast member in the show for the second season. Selina Jones will be playing the ‘Grandmother,’ thousands of years old ancient android. Grandmother was built the people of the planet, where Mother and Father currently are. However, the role of ‘Grandmother’ in the story will be interesting to find out.

Thanks to the reviews and fans’ reactions it gathered, the Sci-Fi series has been confirmed to be returning for a second season. The announcement came with a small promo presented before the screening of ‘Dune.’

Although not much is revealed about the premiere date of the second season of Raised by Wolves, a recent teaser from HBO Max revealed that the studio had been hard at work on Season 2, and the premiere date appears to be approaching quickly.

While the phrase “coming early 2022” is vague, it should give viewers some hope. It implies that Raised By Wolves Season 2 will air briefly after the New Year or around the start of spring. Meanwhile, this might be the right time for the people who haven’t watched the series to catch up. And for the ones who’ve already seen it, a rewatch is never a bad idea.