Home Entertainment The Neighborhood Season 5 Episode 8: Tina Faces A Choice Between Her Job And Bakery Business In “Welcome To The Family Business”!
Entertainment News TV Shows

The Neighborhood Season 5 Episode 8: Tina Faces A Choice Between Her Job And Bakery Business In “Welcome To The Family Business”! 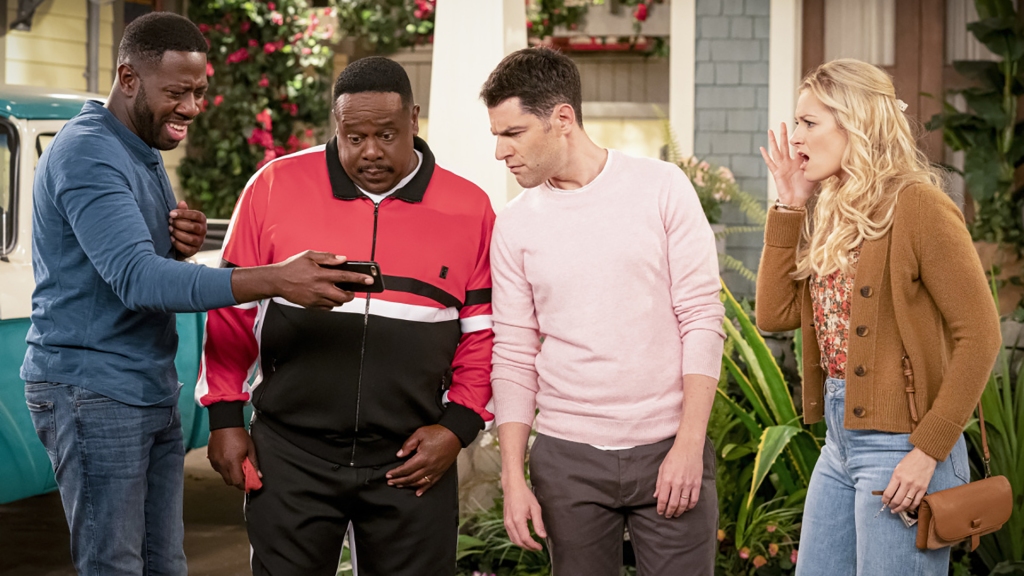 Tina will struggle to keep up with her job and baking business in The Neighborhood Season 5 Episode 8. She might have to decide between keeping up her business or quitting her job. Thus, she will need her family’s support to keep going with her growing bakery business. Meanwhile, Malcolm will face another dilemma regarding his girlfriend in the upcoming episode.

In the previous episode, Calvin found out that his sports idol was Tina’s ex, while Dave lied about the number of exes to his wife. Thus, continue reading to learn all the details about the eighth episode.

The Neighborhood Season 5 Episode 8 Preview: What Will Happen Next?

The eighth episode has been titled “Welcome To The Family Business.” Most of Tina’s time is getting used up in her budding business. Thus, she struggles to keep up with her job at Calvin’s auto shop. It looks like she will have to choose between her job and the business in the upcoming episode. Moreover, her family might get involved to support Tina in The Neighborhood Season 5 Episode 8.

Meanwhile, Malcolm will decide to break up with her girlfriend. However, he will have to delay breaking up after her son becomes an essential asset to his youth baseball team.

The previous episode of The Neighborhood Season 5 was titled “Welcome to the Ex-Files.” Calvin got overwhelmed by happiness after meeting NFL star Jerome “The Bus” Bettis. When he returned home, Calvin told Tina about the encounter. However, it turned out that the NFL player shared a romantic history with Tina.

Throughout the episode, Calvin struggled with the idea of his idol being involved with his wife, Tina. However, after some tricky situations, the duo managed to settle up things between them. Meanwhile, Dave introspected his view on romance and how it plays a crucial role in life.

However, he lied to Gemma about the number of women he slept with. She found the truth, and things got messy between them. Moreover, Marty’s calculation poker trick backfires. He ended up broke while playing with Malcolm and some friends in The Neighborhood Season 5 Episode 7.

The eighth episode of The Neighborhood Season 5 will air on November 29, 2021. CBS airs each new episode weekly on Mondays at 8:00 p.m. ET, with an average runtime of around 30 minutes.

Where to Stream The Upcoming Episode Online?

If you miss CBS’s broadcast, the latest episode can also be streamed on the network’s official website and Paramount+. In addition, season 4 is also available on DirecTV, YouTube TV, Hulu Live TV, Spectrum, Vudu, and Amazon Prime Video. Hence, don’t miss out on the eighth episode of season 4 and return for more thrilling episode previews about your favorite TV shows.