Home Entertainment Chesapeake Shores Season 6 Confirmed By Hallmark? Whom Will Abby Date In The Next Season?
Entertainment News TV Shows

Chesapeake Shores Season 6 Confirmed By Hallmark? Whom Will Abby Date In The Next Season? 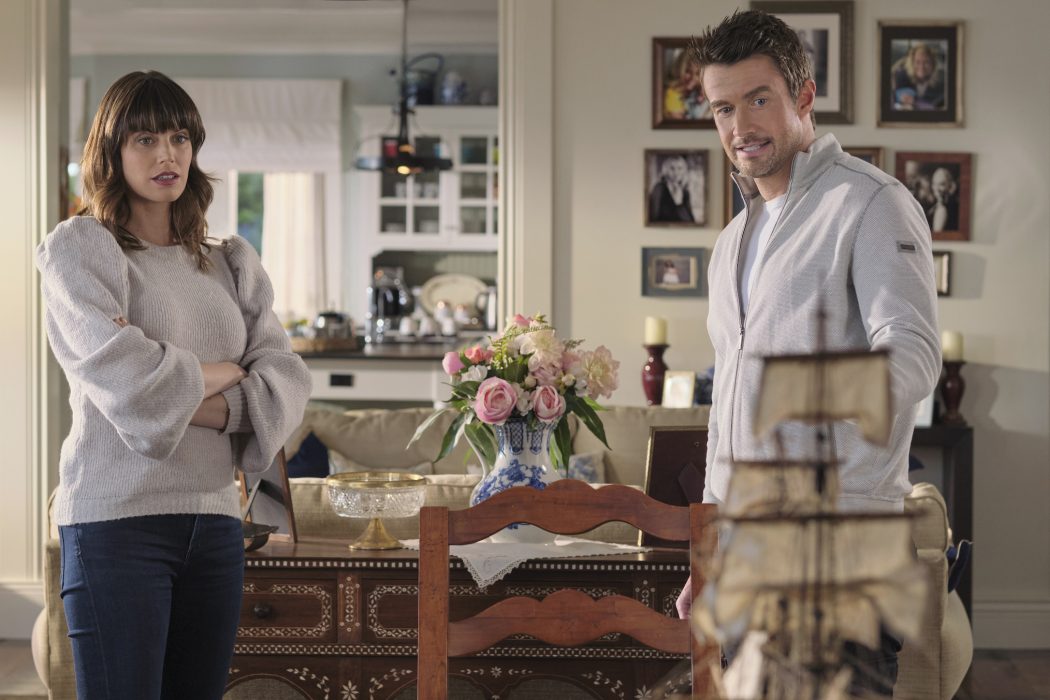 It has been almost three months since Hallmark premiered the fifth installment of Chesapeake Shores. The spine-chilling cliffhangers at the end of season 5 have left the fans wondering about Chesapeake Shores Season 6. Unfortunately, it might be a while before another season returns on the network. The show has earned an overall rating of 7.6/10 on IMDB. During its ten-week broadcast, the fifth season also topped the list of most-watched originals among women above 18. Moreover, the last season’s finale was watched by 2 million viewers.

The drama series follows Abby O-Brien Winters, who moves back to her hometown Chesapeake Shores from New York. She receives a call from her panicked sister Jess, renovating the Eagle point Inn. Unfortunately, Abby’s competitive career, divorce, and young daughters kept her too busy to return to the town that her dad had built.

Upon her return, she helps her sister with the Inn while dealing with her fractured family and former lover, Trace Riley. Eventually, Abby becomes friends with Trace, who helps her in unexpected ways to adapt to living in a small town. The fifth season’s finale left a series of unanswered cliffhangers. Thus, the fans have been curious to know what comes next in the sixth installment. Hence, keep reading ahead to know all about the next season.

Hallmark concluded the fifth season’s broadcast on October 17, 2021. And since then, fans have been eagerly waiting to hear about the future installment from Hallmark. Unfortunately, the network has not announced Chesapeake Shores Season 6 yet. However, given the show’s popularity, a renewal is expected soon.

Although, there was a drop of 46% in the show’s viewership during the fifth season as per TV Series Finale. Thus, the network will have to make some serious considerations before confirming the sixth installment. Therefore, fans need to stay hopeful as the fifth season ended on a mysterious note, creating a subtle need for a future installment.

Speculations are that in November, Hallmark had secretly greenlit Chesapeake Shores Season 6, and the production is scheduled to begin in April 2022. The news came as a surprise to the show’s lead cast member Meghan Ory. She responded to the report clarifying that she liked the possibility, but the show has not been renewed yet. Moreover, Treat Williams also responded to the rumor and acknowledged it as interesting.

Chesapeake Shores Season 6: What Will Happen Next?

The previous season concluded with a series of cliffhangers. The first one was regarding Abby’s new love interest. She was seeing the teacher Jay and the billionaire Evans. However, she was in constant dilemma about choosing one of them. Towards the end of the season, Abby left one of them a voicemail saying, “we should give it a try.” Thus, it would be thrilling to find who she chooses in Chesapeake Shores Season 6. However, fans are actively rooting for Evans as he seems to be a more likely choice for Abby.

Moreover, Conner suffered from a severe heart attack at the end of the fifth season. However, his fate was left hanging by a thin thread. Thus, the mystery around Conner’s survival will reveal in the next season. Therefore, fans can expect to see a premiere episode full of revelation and mystery when the show returns for Chesapeake Shores Season 6.

Suppose the show is renewed for season 6. In that case, viewers can expect to see Meghan Ory as Abby, Barbara Niven as Megan O’Brien, Laci J. Mailey as Jess, Emilie Ullerup as Elizabeth, and Brendan Penny as Kevin. Unfortunately, Jesse Metcalfe would not be reprising his role as trace Riley. Sadly, his character’s story had concluded during season 5.

Chesapeake Shores Season 6: When Will It Return?

Unfortunately, Hallmark has not announced the sixth installment as of yet. Therefore, fans would have to wait a while before the network opens up about the show’s future. Although, the positive news is that Hallmark has not canceled the show either. Hence, there is still hope for confirmation of Chesapeake Shores Season 6. So, stay tuned for more exciting updates about your favorite TV shows.