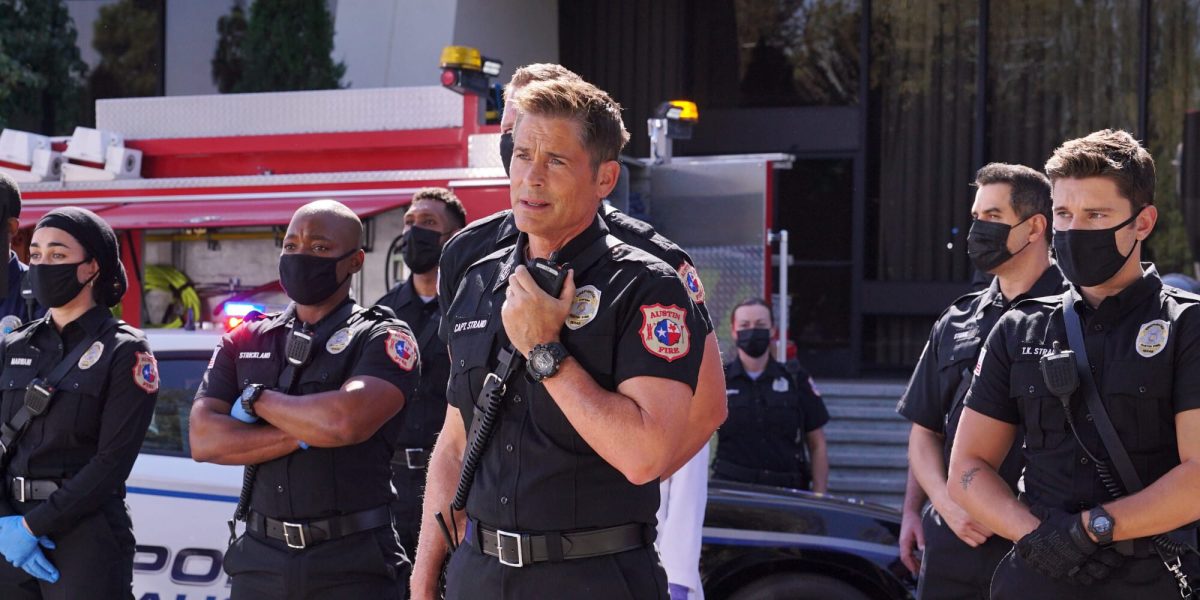 The ice storm will continue to haunt Texas as the 126th unit tries to handle emergencies in 9-1-1: Lone Star Season 3 Episode 2. The crew will be fighting to save lives in the next episode. Moreover, they will rescue a young boy who has fallen in a frozen lake. Hence, keep reading to know all the updates about the second episode.

The second episode of 9-1-1: Lone Star Season 3 is titled “Thin Ice.” The unexpected arctic cold and the ice storm will continue to cause chaos in Austin. The crew will be working their hearts out to save the victims of the crisis. Tommy, TK, and Gillian will race against time to rescue a young boy who accidentally falls into a frozen pond. Moreover, Owen will risk his life to save a stabbed man in 9-1-1: Lone Star Season 3 Episode 2. In addition, Jude and Mateo will work desperately to help Paul who gets trapped.

In the premiere episode, Captain Owen Strand broke the disappointing news to the crew of the 126th unit. The city had decided to suspend Strand, assign the crew somewhere else and demolish the firehouse building. Moreover, the hottest couple of the show, TK and Carlos, had broken up.

Nancy began working with TK, and Captain Vega began working for a private company. They discovered that the company was giving prescription pills to the patients even if they didn’t need them. So, Nancy tried to get to the bottom of the matter throughout the premiere episode.

Soon after, in 9-1-1: Lone Star Season 3 Episode 1, the snow blizzard came, and the town was sunken in a thick layer of snow. With uncontrollable storms and ice, several emergencies appeared for the disbanded 126 to deal with. Marjan used her social media presence to stop the firehouse’s demolition. She chained herself to a pole and went live to halt the destruction.

Officer Carlos arrived at the spot and arrested Marjan. However, the snow came, and the demoliti on was stopped. Owen moved to his cabin and prepared for the winters. He met his newly divorced neighbor Sadie and had a hearty conversation with her.

The Team Responds To Several Emergencies!

Meanwhile, an old couple transporting turtles went to save some more from the ice. While picking up the turtle, the man found a boy under the ice. Owen and other members showed up to retrieve the man from the ice, who managed to survive. Moreover, a man was nearly decapitated while skiing on the streets.

A car tailed the man and honked at the man. Unfortunately, a huge sheet of ice flew from the cart and went straight into the man’s body. The man was saved by Tommy, Mateo, and the crew by cutting the ice and controlling the bleeding.

Eventually, Marjan was bailed out by Billy. He offered her to help rebuild the team if Owen apologized to him for assaulting a superior. She was angry and went to see Owen. She asked him to put his pride aside and apologize to save Firehouse 126. Moreover, Carlos helped some War veterans and refugees find a warm shelter. However, a girl was stuck inside a falling building. Carlos and TK managed to save the baby in 9-1-1: Lone Star Season 3 Episode 1.

If you miss the latest episode on Fox, you can stream it on the network’s official website, Disney+, and Hulu app. Moreover, season 3 is also available on Fubo TV, Hulu+Live TV, Sling TV, DirecTV, Vidgo, and YouTube TV. So, don’t miss out on the second episode and return for more exciting episode previews.