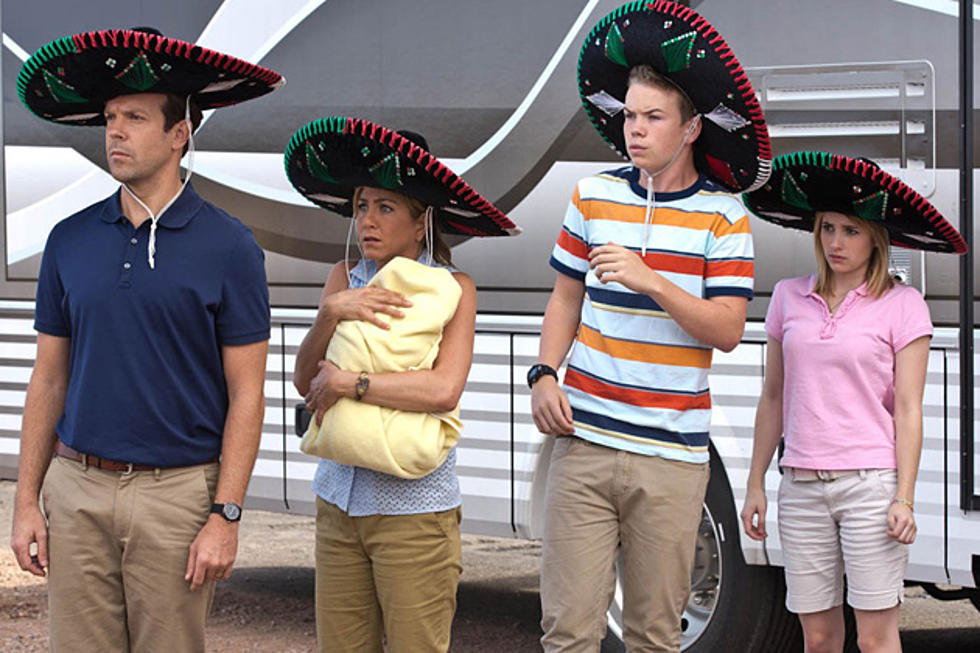 In 2013, new Line Cinema released a road trip comedy flick starring Jason Sudeikis and Jennifer Aniston, which turned out to be a massive success. A few years back, there were reports of We’re The Millers 2 happening. However, even after more than seven years, fans still don’t know much about the second film. If you are also wondering about it, here’s is what we know about it.

At the end of the first movie, we learned that David had helped the DEA to catch the big-time dealer Brad Gurdlinger, for whom he was sneaking the drugs from Mexico. As a result, he was granted immunity and placed in witness protection for his testimony against Gurdlinger and Chacón, David. His fake family of Rose, Kenny, and Casey also joined him in the safe house as they were with him the entire time.

The movie ended with “The Millers” living as a family in a pleasant suburban house with a white picket fence. But the camera pans out to reveal that there is cannabis cultivation in their backyard. The ending of We’re The Millers left the door open for a sequel, possibly one that explores their attempts to integrate into suburban life or one about the foes they’ve made seeking vengeance.

Will There Be We’re The Millers 2?

The first part of We’re The Millers was released on August 30, 2014. Since then, fans have been eagerly waiting for a sequel to the hilarious road trip comedy. For the fans, some piece of good news arrived in 2014, when there were reports that the studio had hired a writer to write the script for the second film. But unfortunately, even after seven years, that’s all we know about the sequel. There has not been any official announcement or update yet. So we might have to wait for more time before We’re The Millers 2 hit the theatres.

Writer Was Hired For We’re The Millers 2!

Due to the film’s enormous box office success, production company New Line showed some interest in We’re The Millers 2. According to reports, Due Date writer Adam Sztykiel was hired by the studio in 2014 to replace the original writing team and pen down a script for the second movie.

Rawson Marshall Thurber, the film’s director, was also supposed to return. Although the sequel is yet to be made. And it’s unclear whether New Line will pursue a sequel to We’re The Millers. The good news is that the sequel is still listed on IMDb as “in production,” so it’s still a possibility.

Who Will Star In We’re The Millers 2?

The first film starred Jason Sudeikis in the lead role of David Clarke. Alongside Jason, Jennifer Aniston appeared as the striper next door, Rose O’Reilly. On the other hand, Emma Roberts and Will Poulter starred as Casey Mathis and Kenny Rossmor, respectively. Ed Helms, whom we’ve seen in The Office and Hangover series, played drug mafia Brad Gurdlinger, for whom David works. In addition, the movie featured Nick Offerman and Kathryn Hahn as Don and Eddie Fitzgerald. So, when and if We’re The Millers 2 returns, we expect the majority of the main cast to reprise their roles.