Home Entertainment Fistful Of Vengeance 2: When Will It Release? Know All Details!
Entertainment News TV Shows

Fistful Of Vengeance 2: When Will It Release? Know All Details! 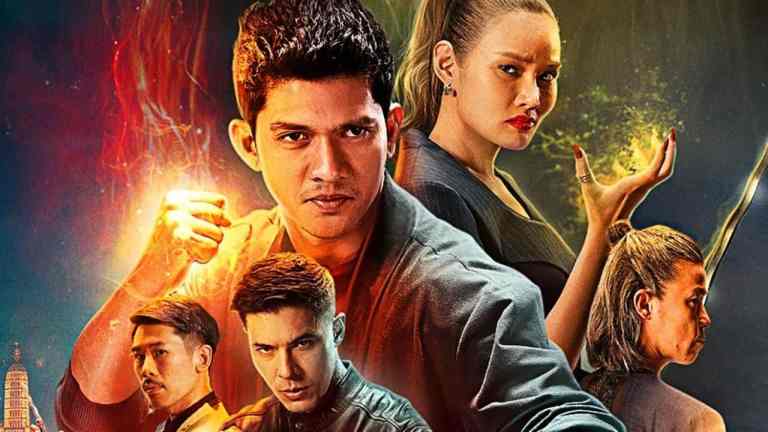 Netflix recently premiered the supernatural action thriller, Fistful Of Vengeance on February 17, 2022. The movie tells the story after the events of Wu Assassin’s first installment. And after watching the first part, fans of the franchise are already looking forward to Fistful Of Vengeance 2.

The movie focuses on Kai, Lu Xin, and Tommy, who take a trip to Bangkok in order to find the killer of Tommy’s sister, Jenny. They discover an ancient talisman on her body which leads them to Thailand. They are approached by a biotech billionaire William Pan during their trip. The billionaire requests them to find twin his sister, underworld boss Ku An Qi, and deliver her to William.

He reveals that her sister is a Jiangshi capable of consuming massive amounts of qi, which expands her superpower as she aims to take over the world. Williams also tells them that he and his sister are the descendants of the being who shaped the universe called the Pangu. The group plans to kidnap Ku from a Triad meeting. But she overpowers them.

Eventually, William and Ku discover the talisman that Tommy carries. The siblings aim to reform Pangu using the talisman. Tommy and the groups fight the two Pangus and defeat them at the end of the first movie. So, will the film series return for Fistful of Vengeance 2? Keep reading ahead to find out!

Fistful Of Vengeance 2: Will It Happen?

The debut movie came out recently in February. Hence, the streaming giant has not renewed Fistful of Vengeance 2 yet. Moreover, it has not attained a great deal of rating after more than a week from its release. IMDB has rated the supernatural thriller 4.6/10 and has grossed 46% on Rotten Tomatoes. Thus, the movie has had a disappointing start for now.

However, viewers can hope that the movie will get people’s attention, and the ratings will improve as more people watch it. However, if it does not, Netflix might not consider going ahead with a sequel. Thus, it is tricky to predict if the streaming website renews the movie for a sequel.

Who Could Appear In The Next Part?

The lead cast members expected to return for the second part are Iko Uwais as Kai Jin, Lewis Tan as Lu Xin Lee, Lawrence Kao as Tommy Wah, and Juju Chan as Zan Hui. Moreover, Pearl Thusi as Zama Zulu, Francesca Corney as Preeya, and Jason Tobin as William Pan are also expected to appear in Fistful of Vengeance 2. In addition, Rhatha Phongam, Simon Kuke, and Katrina Grey are also hoped to return in part 2 if it returns.

Netflix has not renewed the second part of Fistful Of Vengeance 2 yet. The first part premiered recently. Thus, it might be a while before an announcement comes from the streaming website. However, the initial ratings do not seem very impressive. Thus, it is unlikely, as of now, that viewers will get to see Fistful of Vengeance Season 2. But, fans can be hopeful that the ratings and viewership will improve, and we get to see the second part soon. Till then, stay hopeful and keep coming back for more thrilling news updates only on TechRadar247.com.