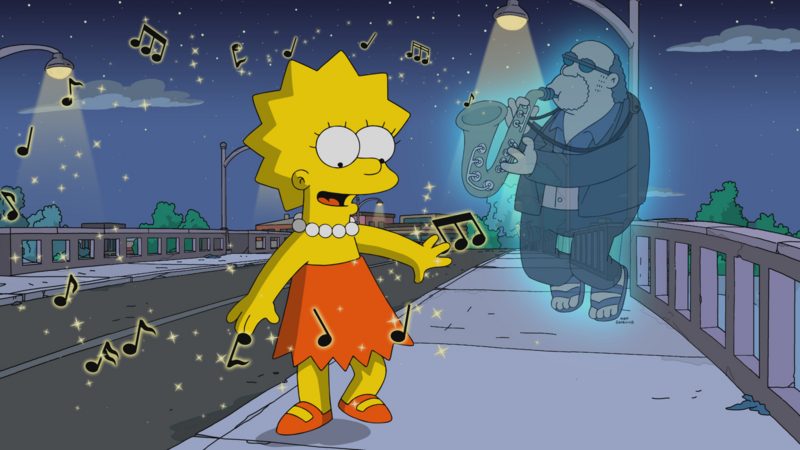 It seems like Lisa will get a chance to meet a famous singer’s deaf son in The Simpsons Season 33 Episode 17. She will try to get along with her for self reasons. However, Liza will learn an important lesson when she constantly spends time in the boy’s company. So, keep reading ahead to learn all you need to know about episode 17.

The Simpsons Season 33 Episode 17 Preview: What Will Happen?

The seventeenth episode of The Simpsons Season 33 is titled “The Sound of Bleeding Gums.” Lisa will get the opportunity to meet the son of late musician Beeding Gums Murphy. She will try to improve her life by hanging out with him. Lisa will discover that Monk Murphy was born deaf. He wants to get cochlear implants, and Lisa gets thrilled to help. However, she will realize that there is nothing that Monk wouldn’t do for himself, landing her in trouble in episode 17.

The previous episode began with Homer watching real estate buyers trying to but Burn’s manor on the local TV show. Marge asked him to sleep at Moe’s as she wanted to host a book club. During the book club, everyone commented on how boring the book was. However, everyone was shocked when Brandine began to sound smarter than her usual self. The news about Brandine’s smartness spread, and her husband Cletus found out about it.

Meanwhile, in The Simpsons Season 33 Episode 16, Lisa submitted a report on men taking credits for women’s works in the field of science to Miss Hoover. The teacher scolded her as two kids passed a note, “she’s one of them.” Back at the farm, Cletus confronted Brandine about her intelligence. She told him that She began to read after some books fell off a tornado. Brandine also started to watch ballet and completed her self-education. Cletus realized that Brandine was not the same woman he fell in love with. The duo decided to separate, and the kids stayed with Cletus. Brandine had to move in with the Simpsons.

Marge realized how she could have got someone better than Homer. Brandine told her about the first time she and Cletus met. Lisa got bullied at school, and the two kids from her class introduced her to the “League of Extraordinary Geniuses.” Brandine cried when Lisa and bat told her about their day at school. She started to miss her kids.

Meanwhile, Marge told Homer what the town’s people thought of them. She asked Homer to talk to Cletus, and both men began to feel worried about their marriage. Braden decided to return to the farm and advised Lisa not to hide her intelligence. She returned home and found that Cleo had begun to read. Elsewhere, Homer made a nice gesture by asking his friends to dress up as Elton John and the Beatles to show Marge that he had changed in The Simpsons Season 33 Episode 16.

Where To Stream Episode 17 Online?

If you miss Fox’s broadcast, you can stream the upcoming episode on the network’s website and the Fox Now app. Moreover, the current season

is available to stream on Amazon, Hulu, Disney+, and YouTube TV. So, don’t miss out on episode 17 and keep returning for more thrilling episode previews only on TechRadar247.com.