Almost Family Season 2: Has Fox Canceled The Show? Know The Reason Behind 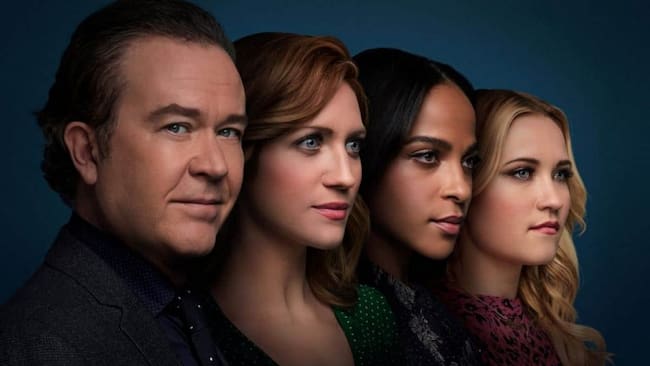 Fox’s Tv drama Almost Family premiered on the network in 2019. The series created by Annie Weismanhas is based on an Australian TV series called Sisters. The show has been at the center of controversy after the cast member Timothy Hutton was accused of rape. The fate of the show has been on the back burner, and fans are wondering will there be Almost Family Season 2.

Annie Weisman’s novel Almost Family, inspired by the Australian television series Sisters, begins with an intriguing notion. Julia learns that her father, Dr. Leon Benchley, is the father of multiple children born from women who came to his clinic for IVF procedures. He had utilized his sperm for the respective pregnancies without the women knowing.

Julia learns that she has two half-sisters: Roxy Doyle, an ex-Olympic athlete, and Edie Palmer, a defense attorney who she used to be friends with. The trio decides to integrate this extended family into their life by working together.

Will There Be Almost Family Season 2?

Season one of the show was released on the Fox network on October 2, 2021, and the season came to an end on February 22, 2020. The show’s first season received a lukewarm response from the critics, while the rating and viewership were also not very high. Meanwhile, in March 2020, Fox officially canceled the series before the second season. Therefore, unfortunately, the show is officially canceled. So fans should stop waiting for another season.

In March 2020, Fox announced that the drama series Almost Family would not return for another season as the series is canceled. There were several reasons behind the cancelation of the show, one of them was the low viewership and below par critical response for the first season. However, another big reason behind the show’s cancelation was the rape allegation that surfaced against cast member Timothy Hutton.

The announcement came mere hours after a Buzzfeed News piece. Sera Johnston, a 50-year-old model and erstwhile child star said that Hutton raped her when she was 14 in a Vancouver hotel room. The molestation, according to Johnston, happened in 1983 after she visited Hutton at a diner.

According to Hutton’s representatives, he categorically denies the charges. Hutton’s lawyer told Buzzfeed News that the actress has never seen Johnston. A.0nd that the allegations are an effort at blackmail. In 2017, Johnston and Hutton struck a $135,000 first financial settlement. Johnston later backed out of the deal, which included a rejection from Hutton.

Furthermore, Timothy Busfield as Ron Doyle, Daniel Cosgrove as Chad, Bryce Lorenzo as Izzy, and Jeff Hephner as Nick Cameron, among several others. If Fox ever renews the series for Almost Family Season 2, we can expect it to bring most of the main cast. On the other hand, some new characters might also come onto the scene.

Also Read MaveriX Season 2: Will There Be Another Season? What Are The Chances?