Tuca And Bertie Season 3: Coming Soon To Adult Swim? Know What’s Next For Your Favorite Duo? 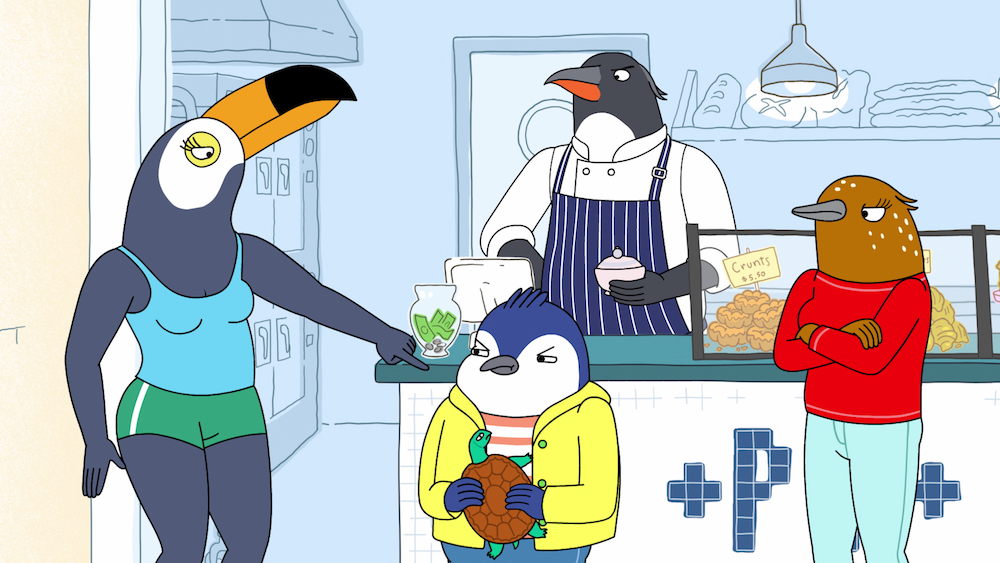 Over the past few years, Netflix has brought some of the most amazing animated series. However, ‘Tuca and Bertie’, which originally premiered on the streaming platform, later found its home on Adult Swim. As Tuca and Bertie Season 3 has already been confirmed, fans have been waiting for the show. But when is it coming? Let us find that out-

Created by Lisa Hanawalt, Adult Swim’s Tuca and Bertie is an adult animated comedy series that revolves around the titular pair of two 30-year-old best friends, who are anthropomorphic, as they navigate through life.

Will There be Tuca And Bertie Season 3?

The second season of the series Tuca and Bertie premiered on AdultSwim on June 13, 2021, and the season ended on August 15, 2021. Now, talking about the future of the series, we have some good news for the show’s fans. Adult Swim has renewed Lisa Hanawalt’s adult cartoon sitcom Tuca & Bertie for a third season, indicating that the show is a hit.

Adult Swim reported that the second season delivered new, young viewers to the network, particularly young women, indicating that the show was a successful investment. Furthermore, the release date for Tuca and Bertie Season 3 is approaching faster than fans expect. In March 2022, creator Lisa Hanawalt revealed that season 3 of the animated comedy series would arrive this summer on Adult Swim. On July 10, 2022, the season will premiere on Adult Swim.

Tuca And Bertie Season 3: What Can Happen?

The second season of the animated series Tuca & Bertie focussed on new issues. The personal and professional lives and relationships of the titular characters get more complex than it ever was. Because of the exploitation and harassment at her workplace, Bertie’s anxiety problems got worse than before. At the same time, Tuca’s relationship with her partner Kara remained strained, and she struggled to fit into the gig economy, which requires millennials to work an average of 70 hours per week.

Towards the end of the first season of the series, Tuca and Kara had a fallout. Meanwhile, Tuca ended up blaming Bertie for it. When the series returns with Tuca and Bertie Season 3, Tuca may try to reconcile with her ex-girlfriend, but she may still be concerned about Tuca’s relationship with Bertie. As a result, conflicts between the main characters would arise.

Why Is Tuca The Best Character On The Show?

Tuca, Bertie’s party-loving best friend, is usually bombastic on the program as she confidently gets herself into and out of weird situations. Tuca, who is more confident and forceful than Bertie, frequently speaks up for her buddy when it is essential. But Bertie restrains Tuca’s impulsive and reckless actions.

She is a likable and complicated character who fights with her family’s opinion of her as well as her choice to stop drinking in the second season. Her bravado makes her appear to be the humorous half of the core partnership. But her emotional path makes her just as serious as Bertie.