Control Z Season 3: Release Date Nearing! Who Was The Murderer? Find Out Here 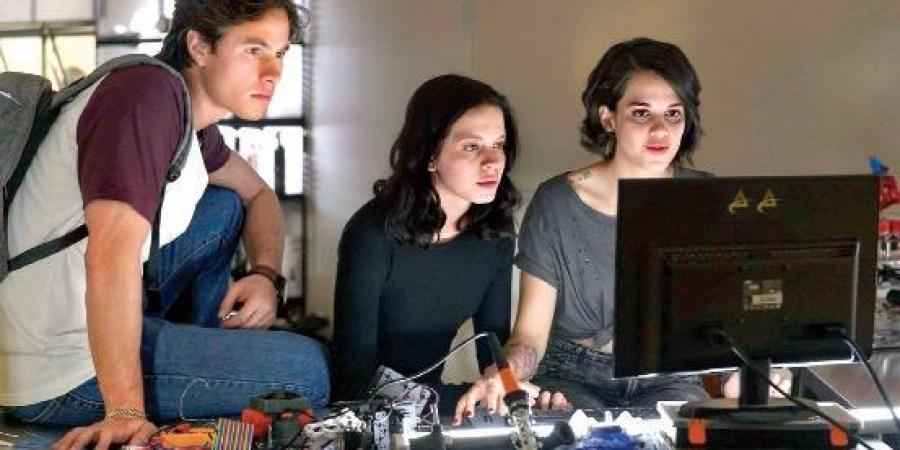 It has been about a year since Netflix’s teen mystery drama series Control Z aired its second season. Since then, fans have been eagerly waiting to find out what happens next in the story. Luckily, their wait is almost over as we are very close to the release date of Control Z Season 3.

Developed by Carlos Quintanilla Sakar, Adriana Pelusi, and Miguel García Moreno, Netflix’s Control Z is a Mexican teen drama series that debuted on the streaming service in 2020. The show revolves around the stormy lives of the students in the National School.

What To Expect From Control Z Season 3?

The second season of Control Z ended with the revelation that Alex is the vigilante who has been violently badgering the students. She did that so the other students could experience the same pain that she had been going through. The terrible loss of her companion Luis and the potential separation of her beloved Gabriela is what motivates her. A brawl breaks out over a bag of cash in the frantic last seconds, and the school’s new administrator, Susana, slips off the edge during a confrontation on the roof.

When the show returns with Control Z Season 3, it will carry on the narrative from where the second season left off. It’s possible that the next season will begin with the pupils in attendance still processing their principal’s violent death. Given that most of the standoff was circulated on social media, Sofia, Javier, Ral, Gerry, Alex and other people might be held accountable for the alleged murder.

At the same time, Raúl might try to hunt down his one-time friend Pablo. He took off with all of his money in the second season. We may assume that one of their classmates will tease the National School pupils for acting selfishly, or perhaps a different character entirely. The former principal Quintanilla may also be back in Control Z Season 3.

The show stars Ana Valeria Becerril in the lead role of Sofia. Michael Ronda as Javier and Raúl is played by Yankel Stevan. The series also features Zión Moreno as Isabela, Luis Curiel as Luis, Samantha Acuña appearing as Alex, and Macarena Romero as Natalia. In addition, we also have Fiona Palomo as Maria, Andres Baida playing Pablo, and Patricio Gallardo appearing as Gerry.

Besides, Dario is played Iván Aragón, Xabiani Ponce de León enacts Ernesto, Patricia Maqueo as Rosita, and Kariam Castro playing Valeria among several others. If the show returns to Control Z Season 3, we are likely to see most of the main cast members returning in their roles. On the other hand, the season could also introduce us to some new characters.

The entire second season of Control Z premiered on Netflix on August 4, 2021. Now, talking about the third installment of the series, we have some delightful news for the fans. The show was greenlit by the streaming service a long ago. Most fans don’t realize that we are very close to the release date of the next season. Control Z Season 3 will drop on Netflix today, July 6, 2022.