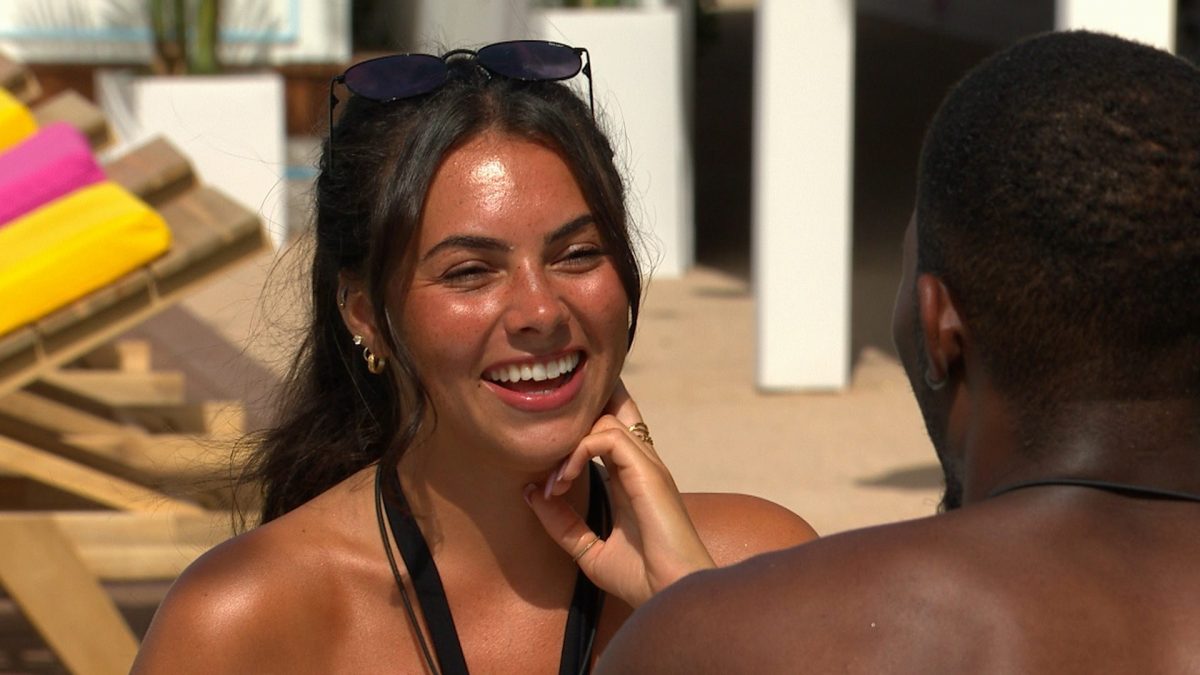 Islanders are back in the villa, but plenty of things have changed. Now in Love Island Season 8 Episode 32, the couples face their worst nightmare. While some decided to stay loyal to their partners’ others believed it was better to recouple. It ultimately created a tense environment in the villa. As for Paige, she had some expectations, but Jacques failed to prove his loyalty. Keep reading to know more.

Love Island Season 8 Episode 32: What Happened In The Last Night?

Finally, Laura Whitmore entered the villa. But she came up with plenty of new surprises. The boys in the villa were surprised to see her again. The new girls were standing near the fire pit. Everyone seemed tense, and the air felt awkward in the villa. Laura revealed that the boys had to select whether they wanted to stick or twist. Meanwhile, in Casa Amor, the girls would face the same situation. It looked like a perfect time to test their relationship. As soon as the recoupling began, the boys started tensing more, especially Andrew.

It started with Jay. In the past, he coupled up with Danica, and now he had to select whether he wanted to stick or twist. Well, it wasn’t a surprise that he decided to recouple with Cheyanne. She wasn’t surprised either, as she was already expecting this from Jay and seemed ready to start a new journey. Soon the table turned towards Danica, who walked in with a new boy Josh. It seemed like Jay made the right choice. They were both happy and decided to begin a new journey. Next, Dami revealed that these few days were quite weird, and he had no idea what had happened.

But after exploring new girls, he decided to recouple with Summer. She seemed surprised but glad that Dami picked her. Indiyah walked in with a new boy but wasn’t glad to see Dami with another girl. They had a heated moment, and she decided to avoid him. As for Andrew, he had some mixed feelings and found it difficult to make a decision. But finally, he decided to recouple and follow his heart. He picked Coco, who was glad to join the villa. Tasha also picked Billy. But Andrew wasn’t happy to see her with another guy. They had a bickering moment.

Then it was Davide’s turn. He was stressed but decided to stick with Ekin-Su. However, he knew Ekin-Su and expected that she might return with a new boy. But to everyone’s surprise, Ekin-Su walked in single. Both Davide and Ekin Su reunited and shared a kiss in Love Island Season 8 Episode 32. Luca stayed true to his partner and waited for her to return to the villa. He seemed surprised when Gemma walked in single. It was a perfect moment; they shared a big hug and kiss. Then came Jacques, who decided to stay loyal to Paige. She also walked in single, and they reunited. But Molly wasn’t happy with this decision. Laura asked the remaining boys are girls whether they were glad for the change, and Molly shared her disbelief.

Molly revealed that she and Jacques shared a bed and kissed. It pissed Paige off. She decided to have a word with him. Jacques tried to justify that he’d been tested. So it was just the heat of the moment. But Paige didn’t think it was right for Jacques to go physical when she wasn’t around. She stayed loyal and decided not to pick any boy in Casa Amor but what she got in return. Later Paige cried, and the remaining girls tried to calm her down. Dami also spoke to Paige.

Indiyah had a word with Jacques. But the argument escalated as everyone started arguing with their past partners. Dami and Indiyah had a heated moment. Later, Andrew and Tasha bickered over Tasha’s decision. But she had a valid point that Andrew did the same. It seems like things will be more exciting in the upcoming episode. Stay tuned. TechRadar247 will keep you updated.